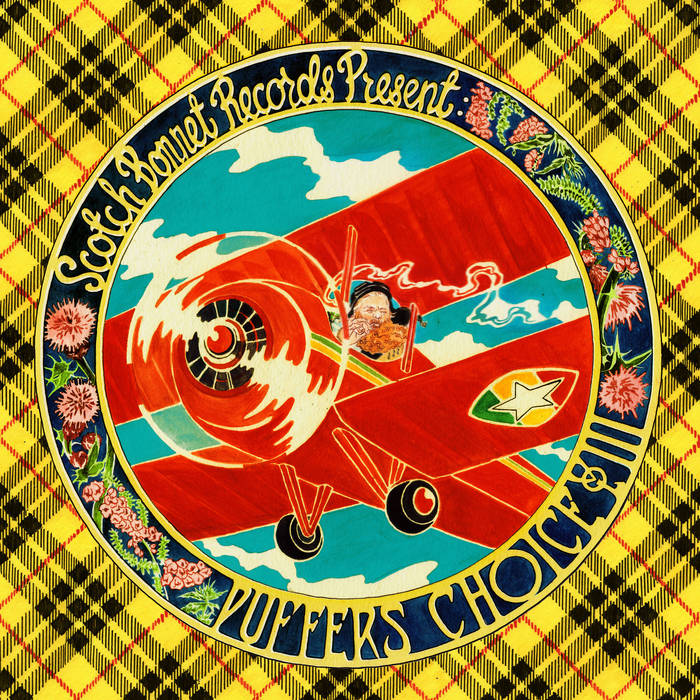 johnald77 Got this for Christmas. Both I and my 8 year old son spent Boxing Day grooving away in the living room. Love it! Favorite track: Mungo's Hi Fi ft Gardna & Charli Brix - In My Zone.

For over two decades, Glasgow’s Mungo’s Hi Fi and their label Scotch Bonnet have spread their fun, forward-thinking reggae music around the world. And this ethos is triple-distilled into their now eagerly- awaited Puffer’s Choice compilations.

The latest, third edition in the series collects some the last few years' top collaborative highlights onto one LP. With its cover bearing the MacLeod of Lewis tartan, Puffer’s Choice 3 is a celebration of both the label’s Scottish heritage and their global family tree of links with sound systems, artists and producers who share the same spirit.

The pastoral becomes the political as US-born, Wales-based crooner Jeb Loy Nichols gently reminds the world that To Be Rich (Should Be A Crime). It’s a biting message from Nichols’ album 'Long Time Traveller' produced by legendary dubbist Adrian Sherwood of On-U Sound. Scotch Bonnet crew member Stalawa draws on the African excursions that yielded 2019’s acclaimed Stalawa In East Africa EP. Rather Be Alone, featuring Kenya's 'First Lady of hip hop and reggae’ Nazizi, is the next cut to Ease Up the Pressure by Jamaica’s Delroy Melody and Uganda’s C Wyne.
Swedish production unit Viktorious (who Puffer's Choice fans will remember from 2016’s volume 1) revive Hotstepper, a lost lyric from Jamaican veteran Earl Cunningham. It was an unreleased artefact from a 1980s sound system cassette that deserves a wider audience. The digital sounds that rose in the 80s continue with Crucial by Swiss producer Bony Fly and New York vocalist JonnyGo Figure – whose style reminded Mungo’s of another NYC legend, Shinehead.

The record flips over to celebrate UK sound system heritage, with the first ever vinyl release of Interrupt’s Lyrics Spree, a family affair involving three generations of British lyricists, Parly B, Daddy Freddy and Tippa Irie. Also getting a first release on wax is hard-puffing, all Jamaican dancehall affair BBS, featuring Shokryme and RTKal. Produced by experimental Kingston collective Equiknoxx, it demonstrates that however far Mungo’s Hi Fi’s interest in reggae may travel, they still listen to the island where it all started...

At the other end of the scale, musically and geographically, is Weak Hearts, a haunting, mechanical soundscape from New Zealand dubstep project Flying Fox. Its sparing, sampled vocal contrasts with the loud and clear anti-racist lyricism of Black, chanted by Jamaican sing-jay Skari over a deliberately unobtrusive backdrop from Belgium’s INT DUB.
Mungo’s Hi Fi themselves make a reappearance on the flipside with hymn to solitude, In My Zone, by Bristol emcee Gardna and singer Charli Brix. Taken from Gardna's debut album, the rhythm is a Mungo’s homage to Coki - Dry Cry (a dubstep bootleg using an old Sizzla acapella). The album’s final port of call is Sailor West by Cumbrian dubstep producer Somah and ethereal Edinburgh-based singer Nem, who appeared on Puffer’s Choice volume 2.

The third installment in what is now a reggae and dub lover’s institution, Puffer’s Choice 3 once again balances diversity with shared musical vision. Carefully selected by the Mungo's and Scotch Bonnet team, it stands for everything its creators value: community, experimentation, heavy bass and good times.

Bandcamp Daily  your guide to the world of Bandcamp